The season is upon us!

This forum is for Basketball discussion only. Other topics will be moved to the appropriate forum.
Locked Previous topicNext topic
10 posts • Page 1 of 1

The season is upon us!

We're a week away from our first game (well, exhibition game). Any predictions for the team? 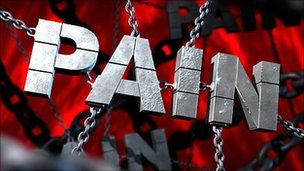 ...to the other teams

You will be proud of me for this. Last year I was not too optimistic to begin the season. I predicted that we would just barely play .500 ball, or maybe a little worse.

This year, I honestly think we can go 22 and 7. That would be IF we stay healthy.

I'm very optimistic about this team! But also scared cause we always lose a couple games we shouldn't and this year it could be the difference in whether or not we go dancing.


Sent from my iPhone using Tapatalk

I also think we'll finish the regular season around 22-7. Most obvious potential loses are to @Duke, @BYU, @UNM, @SDSU, @BS, @Fresno, @UNLV. We will probably stumble in 1-2 of our other games but may pick one of those other 7 that I mentioned. That would probably put us in the top 4 of the conference. I hope the spectrum is in top form this season and we can go undefeated there this year. I just hope they can exceed MY expectations and that we don't have to rely on a tourney championship to make it to the big dance. I just wanna go dancing!

We don't play @UNLV this year--just at home. Hoping we can keep it close with Duke.

I have not been this excited for aggie basketball in what feels like a long time. I was cautiously optimistic last year, but this year I am just plain optimistic. I will be honest, I was not that enthused with the duryea higher at first, but he has really impressed me with the new recruits and I am looking forward to whatever style of play he will bring. There may be a few ruff games while players adjust, but I expect that by conference play they will be clicking.

Where only sage brush grows

I will be disappointed if we don't make the NCAA tournament and it is hard to make. What I am curious about is will the fans return. Where are season ticket sales. I know if i livd within 100 miles I would get them. I think the staff has done a good job about bringing the fans back, but it seems the fans are not responding.

ineptimusprime wrote:We don't play @UNLV this year--just at home. Hoping we can keep it close with Duke.

My bad, I meant UNR. Hope there aren't any rebel fans reading this...

Me and my family can not stop talking about it! I am so ready!